Our next stop is the ‘burbs to run an errand.  We head out to Kapolei where I saw that there is a Petsmart.  Nice area, new shopping centers and homes.  Definitely suburbia.

We are taking a day trip on Monday to the Lanai Cat Sanctuary and I wanted to bring some donations along.  I start throwing tubs and tubs of cat treats in the cart, along with cat toys.  I then add a Sherpa soft-sided carrier to the cart, reasoning that they might need one should someone decide to adopt one of the cats.  Hook gives me the side eye and says it’s probably a ploy on my part in case I fall in love with one of the Lanai lions and want to bring it home.  Ha!  Well, we did adopt one of our cats from the small island of Carriacou in the Caribbean from one of our trips…😺

The cashier is amazed at the amount of cat treats and toys we were buying and asks how many cats we have.  LOL.  I assure her these were going to be donated, and that no, I wasn’t really a crazy cat hoarder!! 😹😹

By now it was just about time to head to the Monkeypod in Ko’olina for some grub and live music.  This has been the plan all along when I saw that Shawn Garnett was playing there at lunch that day.  Shawn is better known as Cousin Flippa on Hawaii Five-0 and I am a big fan of the show.  I was super excited to see someone from the show in person.

Cousin Flippa is a great singer.  We enjoyed the music and, I got to take a photo with him! Yep, fan girl moment. 😎 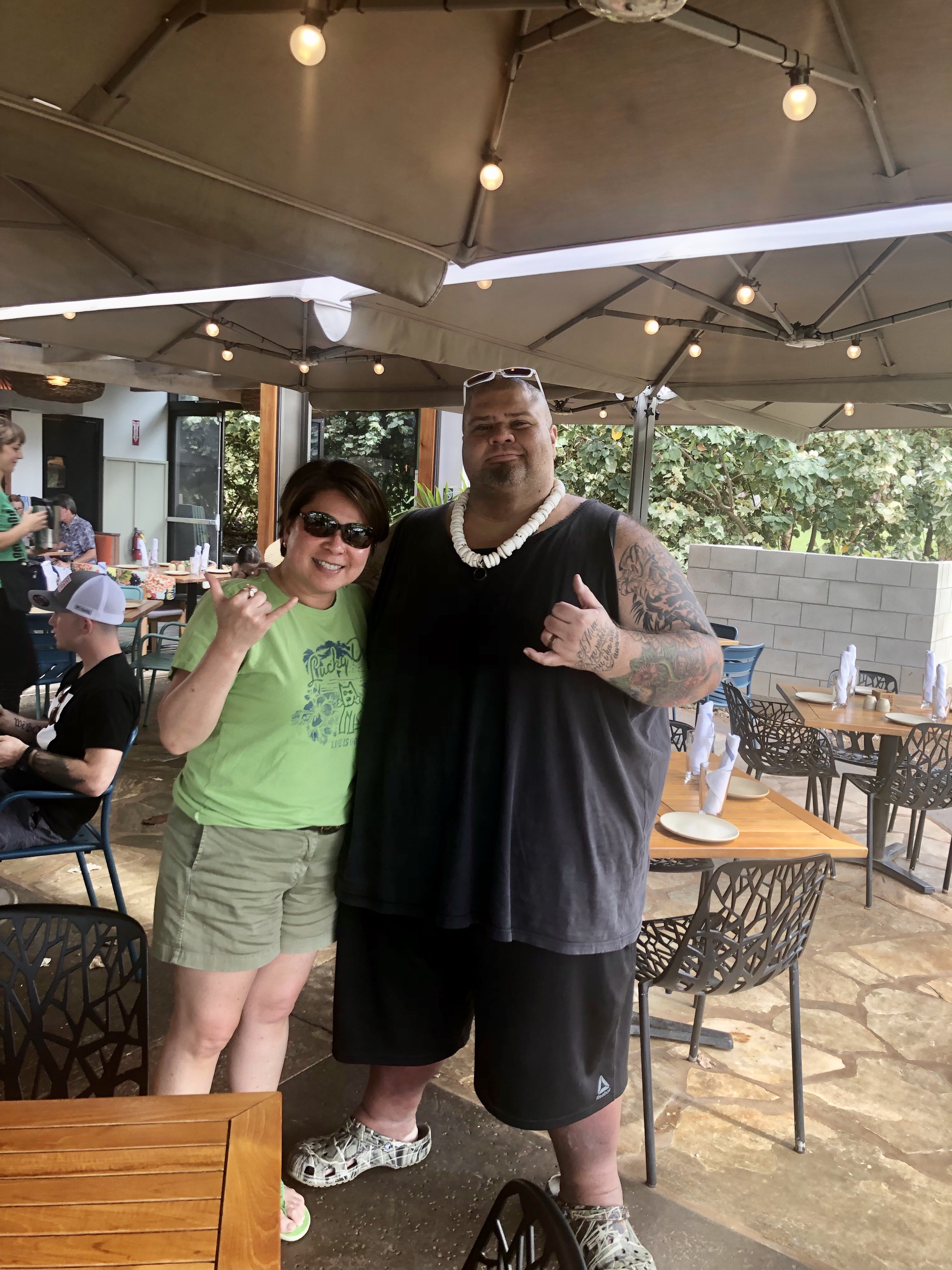 The food at Monkeypod was very good, as expected for such a restaurant.  We had the truffle fries, the seared ahi sammie, grilled mahi sammie, a couple of cocktails, and of course, the yummy coconut pie. 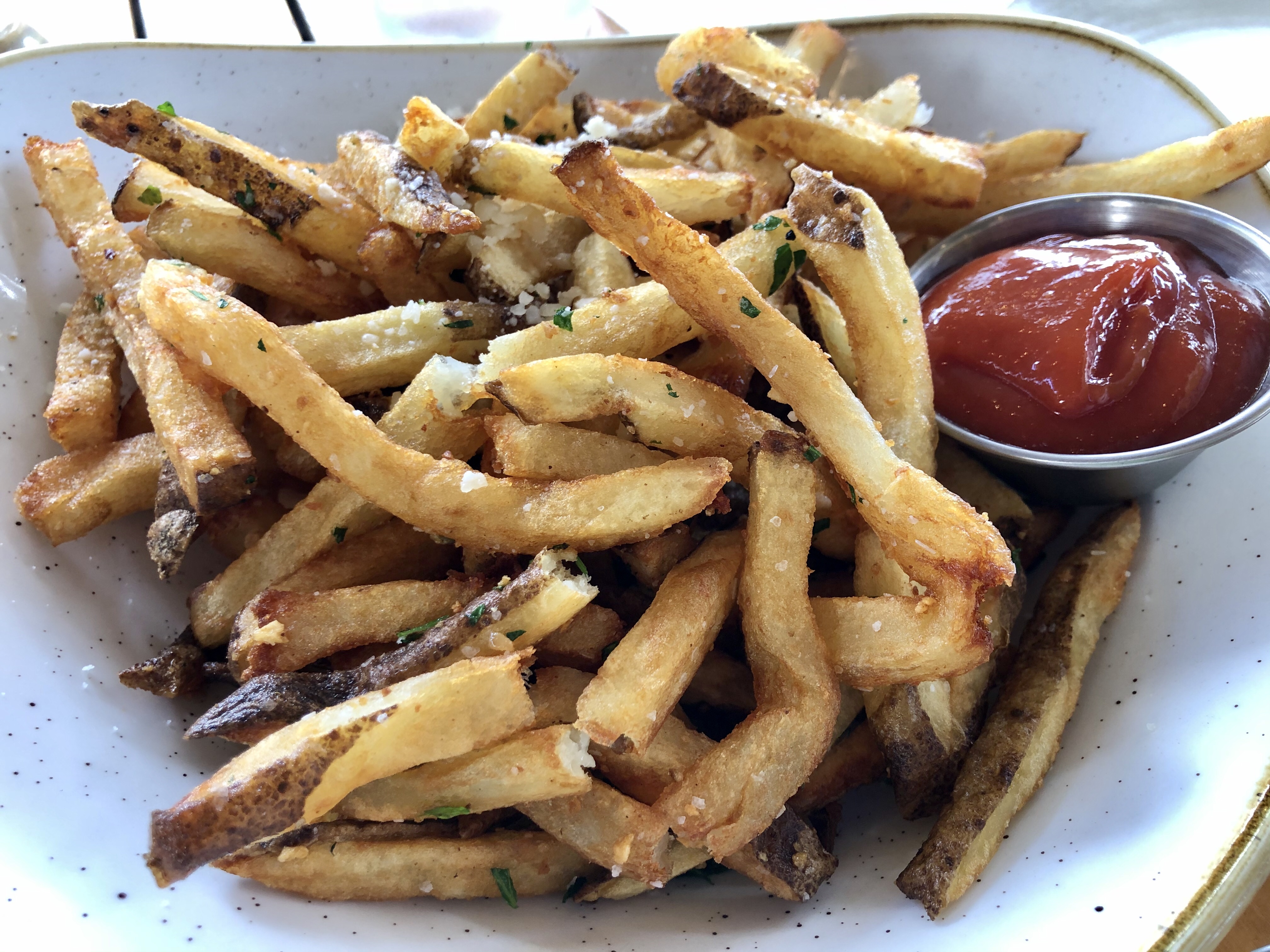 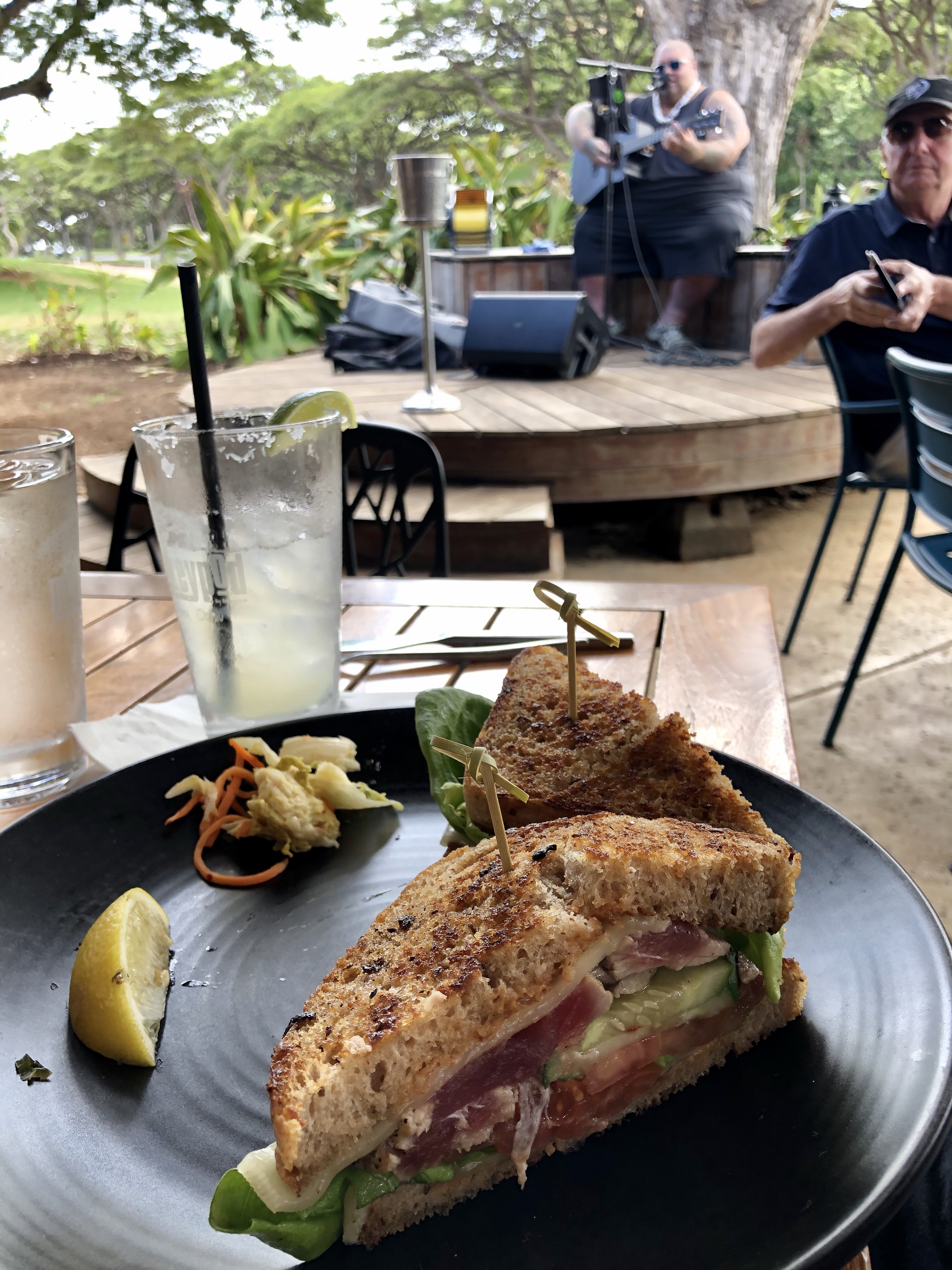 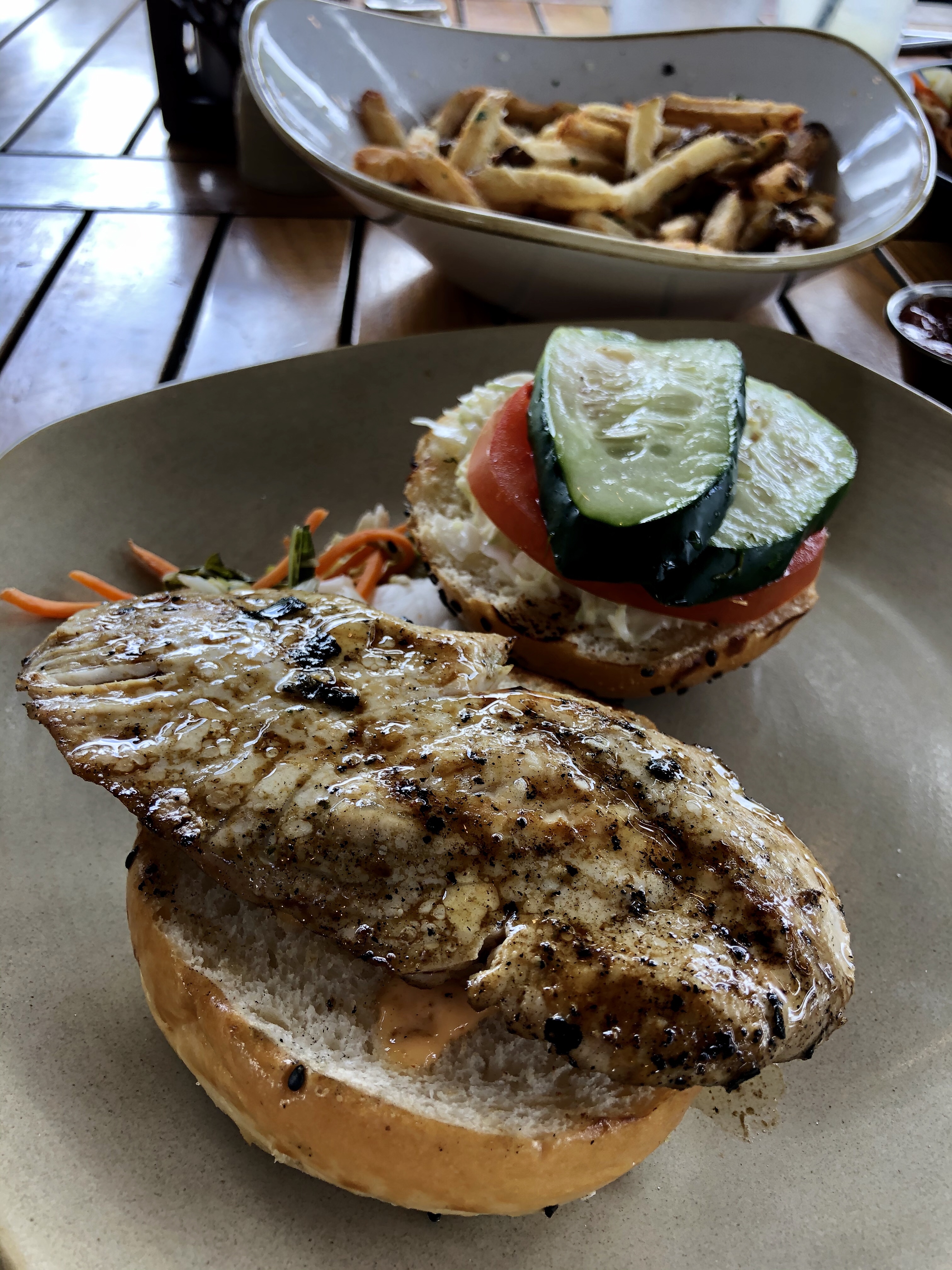 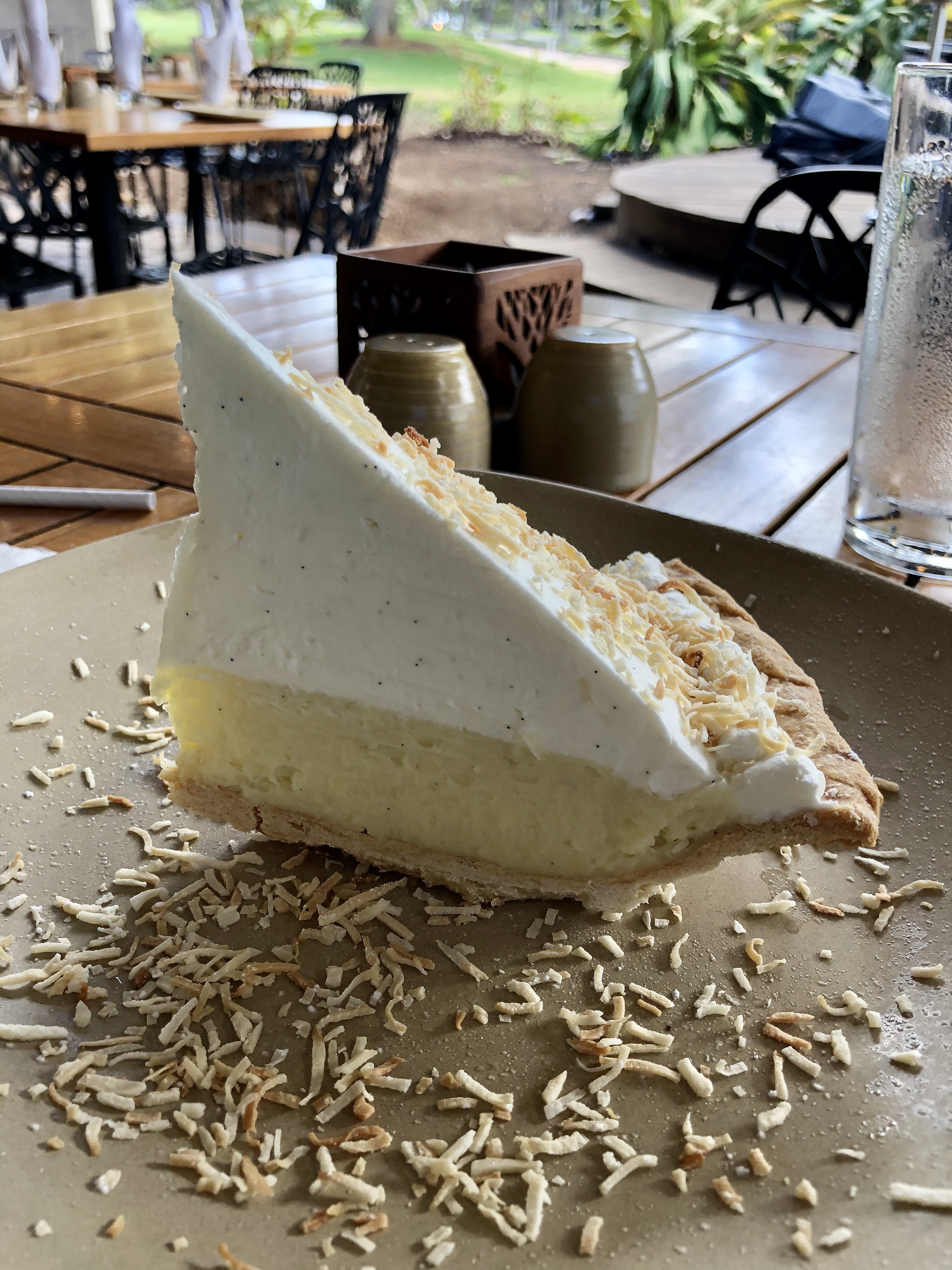 It was a pricey lunch, but we were pretty much stuffed.

We make our way up north.  It was raining for most of the drive, heavy at times.  We hit the north shore area and it is traffic galore as people were crossing the street to get to their cars to head home.

A quick stop at the Foodland at Pupukea to load up on drinks and snacks for the room.  I love to browse the local supermarket aisles at every island we visit.  I find that they usually have a good selection of locally made goodies that make for great souvenirs.  Hook gets a pound of ahi poke from the deli which we planned on enjoying at the hotel room as our dinner for the night.  After such a big lunch, we just wanted something simple.

Finally we make it to Turtle Bay Resort, our home base for the next few days.  It was still raining and extremely windy, but our beautiful room and the views of the beach more than make up for it.

By 7 pm I was yawning and could barely keep my eyes open.  Hook made fun of me as I was out by the next hour.  Hey, it was technically way past midnight my time!